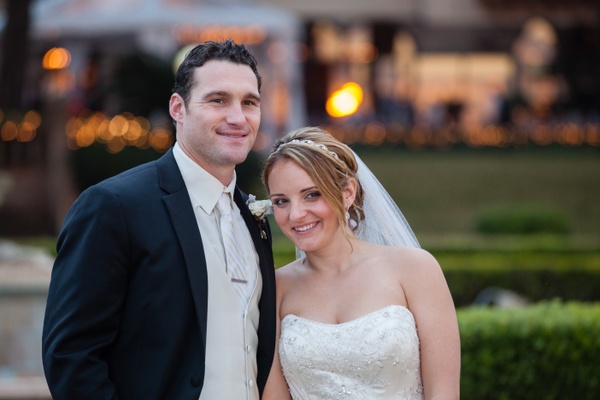 The Mets’ Daniel Murphy never could have expected the firestorm that started when he chose to take  days off to be with his wife, Tori, for the birth of their first child.

In case you missed it, and it’s hard to believe you did since it was one of the biggest stories of the century, Mets’ second baseman Daniel Murphy committed treason against the government of the United States.

Wait, what? He didn’t commit treason? He robbed a bank? No? His wife had a baby and he left his team to be with her? That’s what all the hullabaloo is about?

Okay, that’s enough sarcasm. The amount of time spent on talk radio this week bashing, or simply debating, Murphy’s departure from the Mets’ start of the season, was ridiculous.

Old fashioned 50-somethings polluted sports radio,telling listeners how wrong Murphy was to leave the team to be with his wife. “Hey, the woman doesn’t need you there…”, to paraphrase WFAN’s Mike Francesa. At least Ron Darling admitted to ESPN radio’s Michael Kay that he was “…an old fashioned idiot.”

This is all began when Murphy received permission from the Mets to miss the first two games of the season to be with his wife, Victoria, for the birth of their first child.

Francesa not only criticized Murphy or anyone in his position, which according to Francesa is anyone who has the wherewithal to pay for help after the child is born.  “I have no probably with being there, but I don’t know why you need three days off.”1

“I was at the two births of my kids (I had twins) and was back at work the next day.” Well aren’t you special Mikey. Notice that he doesn’t even say “we had kids” or ” when my wife went in labor”. It’s all about Francesa and how wonderful he is. And of course,  all of Francesa’s sycophant listeners drink his Kool-Aid and called in to agree.

Things went even farther back in the dark ages when WFAN’s morning drive co-host Boomer Esiason delivered his completely antiquated and demeaning comments.

“Bottom line is that’s not me, I wouldn’t do that. Quite frankly I would have said ‘C Section before the season starts.’ I need to be at Opening Day. I’m sorry, that is what makes our money, this is how we’re going to live our life, this is going to give my child every opportunity to be a success in life. I’ll be able to afford any college I want to send my kid to because I’m a baseball player. … Get your ass back to work.”2 (Pretty ironic criticism coming from a couple of conservatives, whose credo is “family values”. You couldn’t have a situation that is more of  a family value than childbirth.)

As if it wasn’t bad enough to say that the pregnant mother should have surgery, which is no picnic to recover from, Esiason’s “get your ass back to work” send-off was rude and uncalled for. A day later, of course, Esiason apologized, most likely at the behest of management and sponsors.

“I want to say again on this radio show that in no way, shape or form was I advocating anything for anybody to do. I was not telling women what to do with their bodies … I would never do that. That’s their decision,” said Esiason.

“And the other thing, too, that I really felt bad about is that Daniel Murphy and Tori Murphy were dragged into a conversation, and their whole life was exposed. And it shouldn’t have been. And that is my fault.

“I apologize for putting him and his wife in the midst of a public discussion that I basically started by uttering insensitive comments that came off very insensitive. And for that I apologize.”2

Simply put, a person makes a deal with the devil when professional sports is their chosen profession. Birthdays, play dates, first steps, talking, learning to ride a bike, communions, graduations, black eyes and broken hearts are all major milestones in a young person’s life that the pro athlete in the family is likely to miss out on.

To his credit, Murphy took the high road. “My wife and I discussed it, and we felt the best thing for our family was for me to try to stay for an extra day (Wednesday),” said Murphy, who acknowledged he was aware of the comments.3 Mets’ manager Terry Collins stood up for his ball player (NY Daily News Andy Martino tweeted):

The bottom line is that Daniel Murphy would have regretted not being at the birth of his first child for the rest of his life. He and his wife already know he’s going to miss many other significant days. Any media member that criticizes him for it, should give up their day job.